How many of us eat foods that are filled with sugar? Sweets of every kind, of course: cookies, cake, and candy to name a few. Anything with white flour in it breaks down into sugar in our bodies, including bread, pasta, bagels and scones. We may not think about it, but soda is loaded with sugar as well. A single can of Coca-Cola contains more than double the maximum amount of sugar you can safely consume daily.

We eat these foods because they can taste really good. However, that taste comes at a tremendous cost. Research is increasingly clear: Eating lots of sugar (and corn syrup) is among the very worst things you can do for your health.

Sugar has been linked to the development of virtually every chronic disease imaginable. Diabetes and weight gain, of course, but also heart disease, high blood pressure, and cognitive troubles ranging from brain fog to dementia. Sugar also wreaks havoc on our digestive systems, feeding the unhealthy bacteria that live in our microbiomes at the expense of healthy bacteria. This can lead to increased stress and emotional suffering because of the intimate connection between our guts and brains. 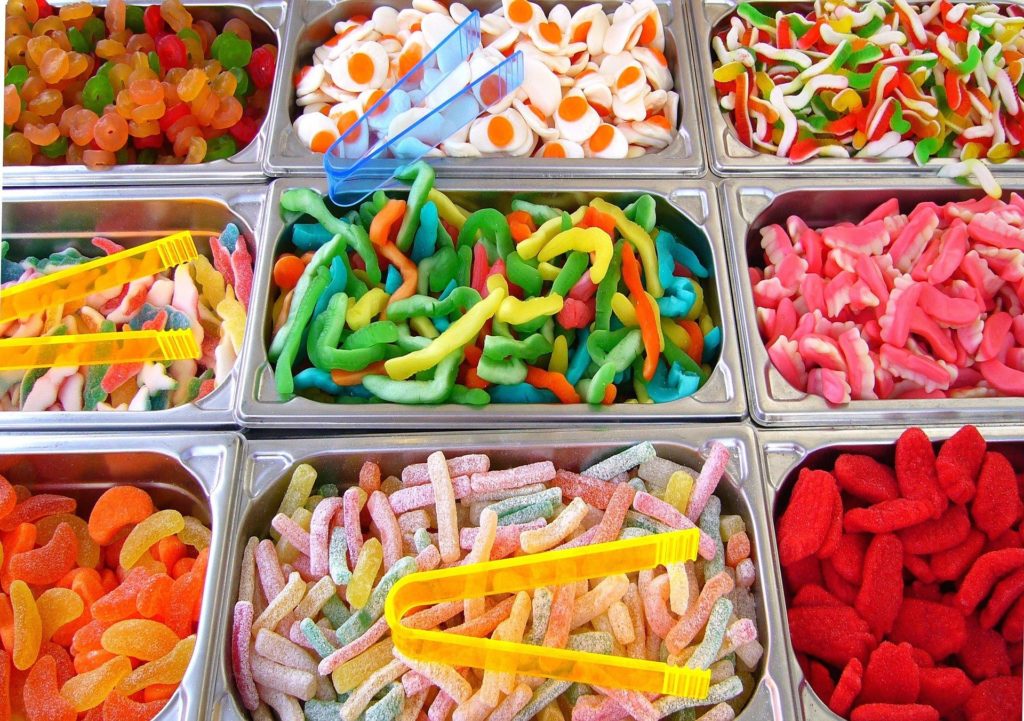 Why does sugar cause so much harm? In addition to being entirely without nutritional merit and often converted into body fat, sugar creates chronic inflammation in the body. Inflammation is part of our immune reaction—when our bodies detect an infection, our tissues often swell and redden as a result. This is a healthy part of our short-term immune response, but when our bodies become chronically inflamed, it becomes a major obstacle to wellness.

Essentially, when we eat sugar, it triggers inflammation. When we eat sugar daily, over a long period of time, this inflammation becomes chronic. Chronic inflammation is considered to be perhaps the single leading cause of most chronic disease—so every soda or slice of pizza is fuel for present and future sickness.

Sugar has also been increasingly connected to cancer. A considerable body of research has confirmed that cancer cells need sugar to grow—they feed off glucose, or blood sugar, which is created when we digest carbohydrates or sugars of any kind. Meanwhile, a 2014 study published in the Journal of Clinical Investigation described how sugar can actually trigger the creation of cancer cells.

In other words, sugar may not just help feed cancer cells, but be part of what causes them in the first place. Small wonder that most integrative and functional medicine doctors recommend avoiding sugar as much as possible, or cutting it out of your diet entirely.

Sugar has also been implicated as a leading cause of the degenerative effects of aging. Most of us think of growing older as a slow, unavoidable decline where we get sicker and sicker as our bodies break down. Not a pretty picture—but also, not an accurate one.

While it’s true that some decline and loss of physical ability is inevitable as we age, we don’t have to spend the second half of our lives being sick. Much of what we consider normal aging is actually a chronic disease, brought about largely by our lifestyle choices.

As I’ve already noted, sugar is a prime mover of chronic disease. However, in addition to the harm caused by chronic inflammation, premature and unhealthy aging is also brought about because of another sugar-driven condition—glycation.

What is glycation? When you eat sugar, it can bond with proteins inside your body. This chemical reaction, called glycation, produces compounds called advanced glycation end products, or AGEs. AGEs literally age you—not only do they themselves cause inflammation, but they also create plaque in your arteries and contribute to cardiovascular problems, as well as diabetes. AGEs are also increasingly linked to Alzheimer’s disease and dementia, and may lead to some of the skin damage that we associate with growing older.

Essentially, AGEs really take the fun out of aging.

While other foods, especially factory-farmed meats that have been grilled or fried, can help create AGEs, sugar is the worst offender. This is especially true of fructose—the kind of sugar found in white sugar and corn syrup. Fructose is also particularly inflammatory, so it should be avoided as much as possible.

How should I adapt what I eat to avoid sugar and feel better?

The best approach to dealing with the health problems caused by sugar is to stop eating sugar. Period.

There isn’t any getting around this. Substitute sweeteners, like corn syrup and artificial sweeteners, tend to be just as bad, if not worse. Agave syrup is controversial. If it’s in processed foods of any kind, it’s probably not good for you. Drinking sodas of any kind—regular or diet—is just asking for trouble.

There are some healthier sweetener options. Coconut sugar, dates, maple syrup and molasses may be used in moderation. Stevia is an herb that is hundreds of times sweeter than sugar, ounce for ounce. Raw honey has some serious health benefits, but again, only in moderation and only when eaten uncooked. 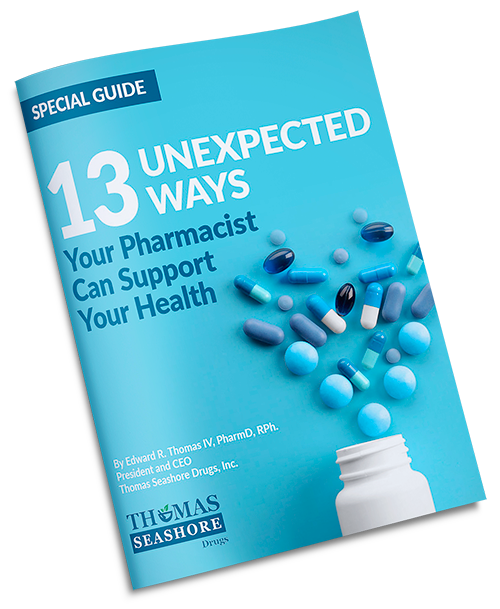 Your health is important. Don't pass up this offer!
Enter your email to get our popular ebook and timely health articles delivered directly to your inbox.
We promise to keep your information safe and private.

Whole fruits are wonderful. They do contain fructose, but they also have enough natural fiber to balance it out, so the fructose doesn’t become a problem. However, in juice form, the fiber gets stripped out, so stick to enjoying fruits as they appear when picked from the tree or the ground.

For most people, there is room for grains in moderation. Whole grains are healthier than processed white flour because they contain more nutrients and fiber. However, remember that carbohydrates always become sugar in the body, so try not to base your whole meal around them—use them as a side dish, not the main event.

What I often tell my patients is this: the more you can stop eating sugar entirely, the easier it is to stay stopped. Don’t have any in the house—it removes the temptation. Stick to eating whole, natural foods, like fresh produce, healthy fats like olive and coconut oil, moderate amounts of proteins like beans, lentils, pasture-raised meats and eggs, and whole grains on the side.

As you clean up your diet, you’ll miss sugar for a while. Then all of a sudden, you won’t.

This article originally appeared at NatashaThomasMD.com

PrevPreviousCan’t sleep? Try these 5 tips to doze better
NextCan Alzheimer’s or Dementia be Prevented—or Even Reversed?Next 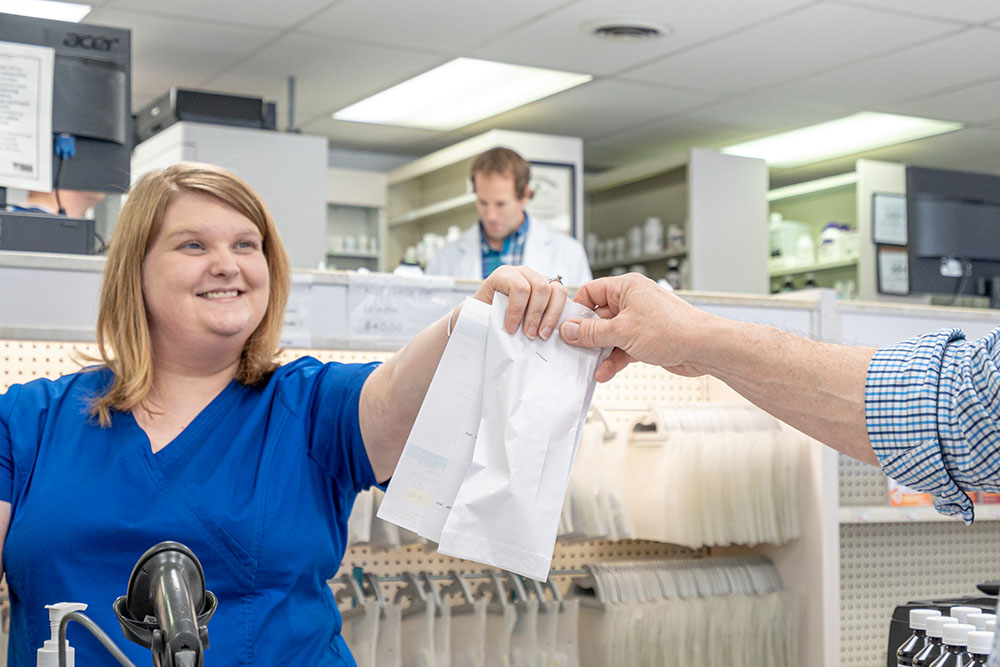 From prescriptions and compounding, to CBD products and medical supplies, we’re here for your health needs. 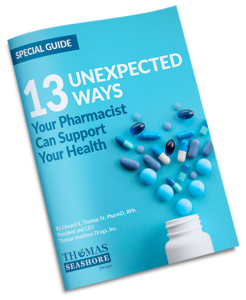 Get our FREE eBook!

Sign up now for regular health and wellness updates. Plus, get our FREE ebook as a gift!

Is CBD Oil Right For You

More from our blog 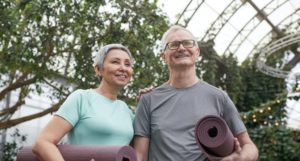 Sildenafil (a generic form of Viagra) is one treatment available for erectile dysfunction, a common difficulty to achieve or maintain an erection. If you’re currently taking Sildenafil, or considering adding it to your routine, it’s important to know exactly how Sildenafil functions, how it impacts your body, and how it can influence your intimacy. 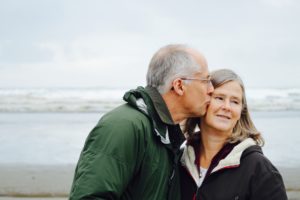 5 Lifestyle Tips That Can Improve ED and Circulation

We know that for many men the path to treating and overcoming erectile dysfunction (ED) is a long and complicated road. Amidst uncertain treatment plans and a wide variety of information, we want to outline some key steps to manage ED.

Your health is important. Don't pass up this offer!

13 Unexpected Ways Your Pharmacist Can Support Your Health

Enter your email to receive our popular ebook
We promise to keep your information safe and private.

Any cookies that may not be particularly necessary for the website to function and is used specifically to collect user personal data via analytics, ads, other embedded contents are termed as non-necessary cookies. It is mandatory to procure user consent prior to running these cookies on your website.